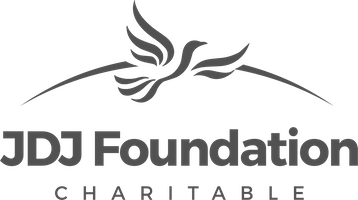 Why was JDJ Foundation created?

The late Joseph and Donna Marie Blauvelt established a private foundation back in 2003 to donate to various charitable causes where they saw fit.

In 2013, my mother, Donna, was diagnosed with cancer for the second time in her life. When she was younger, she had a miscarriage and to her doctor’s surprise, they found a tumor in her chest. She was diagnosed with stage 4 Non-Hodgkin’s Lymphoma but miraculously beat it. She used to say I was the prize that came from cancer, so it was all worth it.

Unfortunately, some of the mantle radiation that was needed to beat cancer the first time caused two different forms of cancer down the road: non-small cell lung cancer and breast cancer.

About three months into her new treatment plan, my father, Joe, started complaining about a headache. Never having experienced any health issues in his life, it was a complete shock when he was diagnosed with a glioblastoma multiforme; the most aggressive form of brain cancer there is.

After brave fights, my mother ended up losing her battle in 2015 and my father, one year later. In order to honor the passing of my Mom, we invited family and friends to volunteer as a tribute to her at a soup kitchen. Similarly, we did the same for my Dad and encouraged our circle to raise money for rare cancer research in which they raised over $90,000. It was at this point that we realized my family Foundation could become so much more.

In 2018, we applied to become a public nonprofit with the intention of hosting more of our own events and becoming a force for good in our community. We built out our charitable initiatives and continue to honor the generous spirits of Joe and Donna in all that we do.

What are the goals of JDJ Foundation?

One of our main goals is to help families that are going through the same difficulties my family went through. When we heard about CBTN, it was the perfect fit.

I often remember the time my father was going for radiation and there was a little girl who was also in treatment for a brain tumor. The little girl had the biggest smile on her face and cheered my Dad up. It brings a tear to my eye thinking about the fact that this little girl was still able to spread joy at such a difficult moment.

I hope that someday, no other child will ever have to go through fighting such a brutal illness. The aggressiveness of brain cancer has caused so much unspeakable pain, and we want to be a part of ending it.

Why does JDJ Foundation support CBTN?

We support CBTN because it is such a unique way to make an impact, and we believe that the only way brain cancer can be beaten is through a unified effort. The data sharing that is made possible through this team is inspiring and something we are proud to be a part of.

We’re a volunteer network for young urban professionals passionate about giving back to our community.