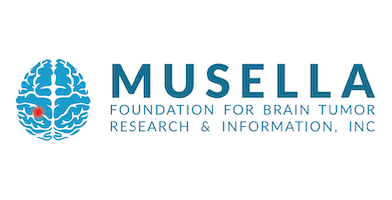 Why did you start the Musella Foundation?

I got involved in brain tumors when my sister-in-law, Lana was diagnosed with a Glioblastoma back in 1992. We were told it was hopeless and that there were no clinical trials that would accept her as her tumor was too large. There was no centralized database of trials back then and at the time there were no internet resources because there was no web – it started that year! So I helped create the first resources – the first online support group for brain tumors, the first database driven brain tumor clinical trials website, and the first brain tumor patient registry which I call the Brain Tumor Virtual Trial.

We found some treatment options for her and she was doing great for years. Then she hit her insurance lifetime maximum and they stopped paying for her treatments. She stopped treatments and had a big recurrence then died – 8 ½ years after diagnosis.

My dad was diagnosed with a Glioblastoma in 1999. That was the year Temodar was approved and he was one of the first to get a prescription for it. Unfortunately, his insurance wouldn’t pay for it and he refused it as it was expensive. Our family purchased it for him but the delay was too long and the tumor was out of control already. He died about 6 months after diagnosis.

I blame insurance issues and the high price of drugs for speeding up both of their deaths.

After years of trying, we finally launched our copayment assistance program in December 2011. We had to get special permission from the US Attorney General to do so as it is usually illegal to help Medicare and Medicaid patients pay for their drugs! This program saved many lives. We gave copay assistance grants to over 1,650 people so far. Each one is up to $5,000, so that was a total of over $8 million in grants!

The Musella Foundation has directly funded over 150 brain tumor research projects, and I served on a few other organization’s grants committee that funded another 200 projects. Some of these projects were for the earliest of work on new treatments that allowed the researchers to get proof of principle in order to get larger funding to work on their treatments. This led to many of the immunotherapies and targeted treatments that we are so excited about now.

Why do you support CBTN?

My interest in pediatric brain tumor started when one of my friend’s Daughter – Kristen – was diagnosed with a DIPG. She died a horrible death and there was nothing anyone could do to help. I found that totally unacceptable, so I earmarked much of our research budget to pediatrics.

One project in particular was for early work on the drug Onc-201. That lead to one of the more promising treatments for pediatric brain tumors. We were so excited about it, as were many patient families, that we (in collaboration with a few other pediatric brain tumor organizations) paid for and ran an expanded access program for the drug. This was the first time a brain tumor charity has ever done so. We ran it as a virtual trial, collecting the outcome data which hopefully will help speed up approval of the drug so more kids could benefit.

Over all of these years, I have been involved in the regulatory system regularly – I have testified as a patient advocate in front of the FDA and Medicare for Temodar, Gliadel, Avastin, Optune, and Gleolan. I have been involved in designing and running clinical trials and served on many patient advocacy boards. I have come to the conclusion that our clinical trial and regulatory system needs to be overhauled in order to make progress in the war on cancer.

My first connection to the CBTN was when I met Dr. Adam Resnick in 2015. We discussed his interest in DIPG and I gave him a grant for $5,000 to do genomic analysis of DIPG samples. We became friends, and we gave 2 more grants totaling $30,000 in 2017 to set up a shared biorepository. I also awarded Dr. Resnick with another $65,000 in grants for these projects made from other charities I was involved with.

Dr. Resnick accompanied me to an important meeting with the FDA in 2017 where we asked the FDA to change the approval system to allow access to treatments that by themselves were not the cure, but they may be the building blocks of the cure. It is a catch 22. There most likely won’t be a single drug that is the cure, but the cure will be a cocktail of drugs tailored to an individual case. However, the components of that cocktail can’t get approved under the current system, so we can’t get to the cure. We are working on changing that. That 2017 meeting was the starting point. I had many other meetings with the FDA and legislators and am now working on getting a new law passed to make it a reality and vastly speed up the search for the cure!

What are your goals?

My goals are to find the cure for brain tumors, and until that happens, help brain tumor patients and their family through the journey with education, guidance, support and financial assistance. 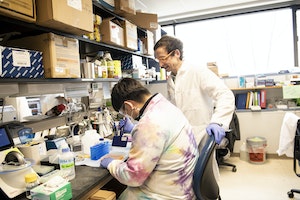 The University of Michigan established the Michigan Oncology Sequencing Center (MI-ONCOSEQ) to use high throughput DNA sequencing technologies to advance the goals of precision cancer medicine. An “integrative sequencing approach” carried out in a CLIA-certified laboratory is utilized to provide a c

C.S. Mott Children’s Hospital’s pediatric cancer specialists offer special expertise in caring for children with relapsed and resistant cancers. Michigan Medicine is home to the largest pipeline of Phase 1 clinical trials in the state, with both Michigan-led and multi-site clinical trial offerings.I