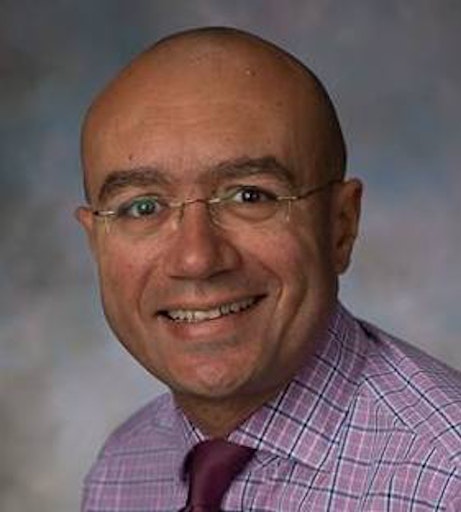 Dr. Mohamed Shebl Abdelbaki is the Director of the Pediatric Neuro-Oncology Program at St. Louis Children's Hospital (NCH), and an Associate Professor of Pediatrics at Washington University School of Medicine in St. Louis. He is a member of the Central Nervous System (CNS) Committee at the Children’s Oncology Group (COG), where he also serves as a study committee member for the upcoming CNS non-germinomatous germ cell tumor clinical trial (ACNS2021). Like many other Pediatric Neuro-Oncologists at large academic institutions, his responsibilities and interests include patient care, research, and education. As for patient care, he was awarded one of the highly-esteemed accolades at Nationwide Children’s Hospital (NCH) for excellence in patient care in 2016 (Partners in Care, Partners in Hope Family Centered Care Award). As far as education, he did receive the Distinguished Teaching Award from Saint Louis University School of Medicine in 2015. On the research aspect, he currently lead the early phase clinical trials for the Neuro-Oncology Program at SLCH. He is the principal investigator for several clinical trials in a variety of pediatric brain tumors. Two of his clinical trials have been approved by PNOC; the first trial will test the feasibility of administering Natural Killer (NK) cells in patients with recurrent HGGs, while the second trial (PNOC021 )was also approved by Novartis pharmaceuticals and entails testing the combination of Everolimus and Trametinib in children with recurrent low-grade gliomas.